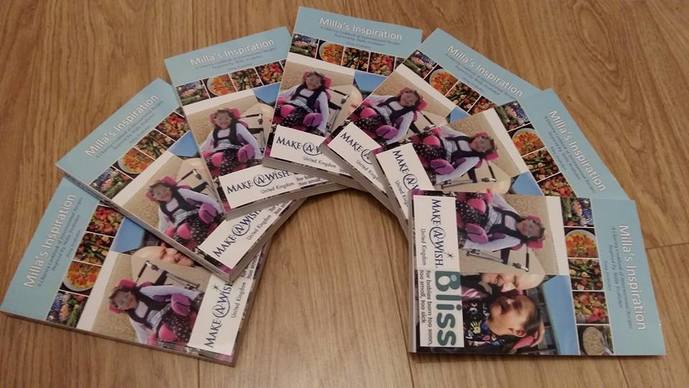 e
Milla Frobisher, the inspiration for this project.

Hello and welcome to Milla's Inspiration.

In 2013, Milla's Cookbook was produced by Milla's father, Tony Frobisher. Over 300 copies were sold raising more than £3,000 for the charities, Make A Wish UK and Scope.

Milla Frobisher was born in 2006. She and her triplet sisters, Jewel and Louisa were born at only 24 weeks, 16 weeks early. Jewel sadly passed away after 17 days,but Milla and Louisa defied the odds and battled to survive, spending 6 months in hospital and 4 operations and numerous setbacks.

As a result of her extremely premature birth, Milla developed spastic quadriplegia cerebral palsy.  Milla is unable to walk,talk, sit and has to receive all food and nutrition through a stomach tube.

Since 2007, Tony has organised and participated in many charity challenges, including running the London Marathon, cycling from John O'Groats to Lands End, climbing Kilimanjaro and trekking to Everest Base Camp. Milla's Cookbook was another charity fundraising project.

Tony has raised over £30,000 since starting his fundraising and has supported 4 charities. Scope do valuable and essential work to help people living with disabilities,  Bliss support families with sick and premature babies, Acorns is a children's hospice that Milla attends and Make A Wish provide once in a lifetime 'wishes' to children with life limiting and terminal conditions. Milla was granted a wish to go to Disney World in 2012.

On December 13th 2016 while on a family visit to Indonesia, Milla passed away suddenly and unexpectedly. We believe she suffered an overwhelming infection / sepsis and sadly was unable to recover despite hospital treatment and antibiotics.

Milla's loss has had an enormous effect on myself, my wife Rini, twin sister Louisa and all our family and friends throughout the UK and Indonesia. Milla's death has also had an big impact on so many people who knew Milla as well as many people who never met her. The hundreds of messages of support we received from all over the world showed how much people thought of Milla. Many people commented that they felt they knew her through the two cookbooks I produced and the fundraising I had done over the last 10 years.

Milla was beautiful and brave; her smile lit up a room and people were naturally drawn to her gentle happy personality and the warmth and love she shared.

We are still continuing to come to terms with Milla's passing. We think of her every day and miss her so much.
Milla will never be forgotten and she will always be my inspiration.

I didn't intend Milla's Inspiration to be a legacy and tribute to Milla, but that is what the cookbook has become.

I love you very much,

The success of Milla's Cookbook led to many people asking if there was another book planned. The cookbook proved popular due to the variety of recipes it featured from over 40 countries, as well as recipes from 10 famous personalities, including Levi Roots celebrity chef,  Anton Edelmann Michelin star chef, Jason Leonard, a world cup winning rugby player, Bonita Norris, former holder of the record as the youngest British woman to successfully climb Everest and Greg Searle, Olympic Gold Medal winning British rower. All inspirational people in their own field.

This second charity book features 120 recipes for dishes that are creative, fun, delicious and easy to make. A cookbook of comfort food. Food to make you smile. The recipes cover vegetarian, vegan, meat and fish, breakfast and desserts. Contributions were received from celebrities including Jamie Oliver, Laura Trott, Davina McCall and Phillip Schofield amongst others.

By including recipes from these inspirational people as well as the inspiration that Milla gives us everyday in her ability to overcome challenges from her disabilities, the profile of the book will increase and the sales generated will allow Make A Wish and Bliss to continue their excellent work. 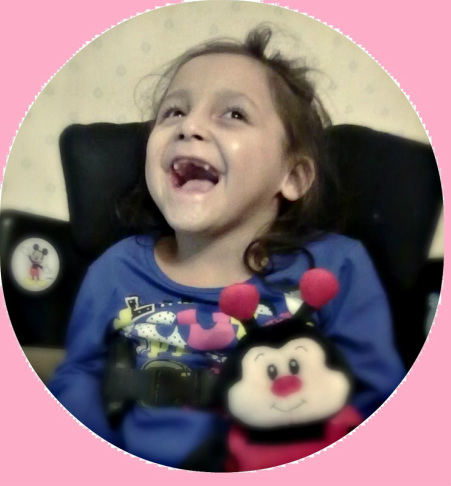